Experts of Statewatch organization were directly involved in the launch of National Agency for Prevention of Corruption (NAPC), National Agency of Ukraine for Finding, Tracing and Management of Assets Derived from Corruption and other Crimes (ARMA), supported legislative changes as regards operation of National Anti-Corruption Bureau of Ukraine (NABU), developed legislative changes pertaining to the activities of Specialized Anti-Corruption Prosecutor’s Office as a branch of judicial authority (Prosecutor’s General Office). Moreover, Statewatch experts have joined the development of regulatory legal acts which regulate the issues of transparency of political parties‘ funding, and were directly involved in the launch of the system of assets’ electronic declaration by public servants.

Within the first two years Hlib Kanievskyi was the head of ARMA’s Public Council, demonstrating high standards as regards transparency in activities of relevant anticorruption authority, promoting the creation of a register of public assets, managed by ARMA, as well as holding in his hands one of the key assets of the president on the run, Viktor Yanukovych, as there were repeated attempts to delegate the management of such assets for extended lengths of time to some disreputable characters. 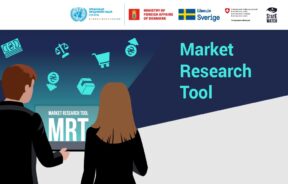 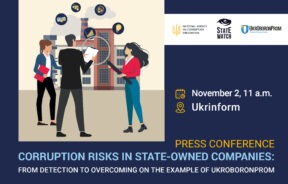 Corruption risks in state-owned companies: from detection to overcoming on the example of Ukroboronprom – press conference